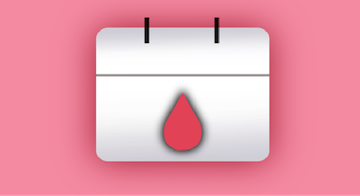 What happens during menstruation?

What is a menstruation cycle?

The menstrual cycle starts with the first day of your period and ends with the start of your next period. It's called a cycle because it repeats regularly.

During the cycle, hormones (chemicals in your body) go up and down, causing other body changes.

An entire menstrual cycle can last between 21 and 35 days, but for most girls and women, the length often changes from cycle to cycle, and it changes over the years.

Everybody is different, and variations in your cycle are normal. When girls first start to get periods, their menstrual cycle is often not regular. Periods can come one month and not the next, or come only a couple of weeks apart.

What happens during menstruation? 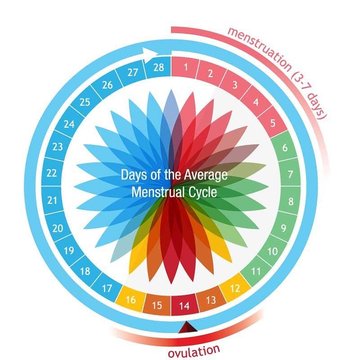 What are the parts of the menstruation cycle?

The menstrual cycle has two main parts: pre-ovulation and post-ovulation.

Pre-ovulation begins with the first day of menstruation and ends with ovulation.

During menstruation, eggs in the ovaries are maturing. Usually only one becomes fully mature. When the egg is mature, it is released from the ovary. This is called ovulation. Girls and women are fertile for about five days before and one day after ovulation.

The length of pre-ovulation varies a lot among women and from one cycle to the next. It is usually between 13-18 days long but can be as short as 8 days or as long as 31 days, depending on how long your menstrual cycle is.

The second part of the cycle, post-ovulation, starts after ovulation and ends the day before your next period starts. It is usually 10-15 days long, but it can be from 6 to 16 days long.

When is it easiest to get pregnant from having sex?

You can get pregnant any time you have sex without contraception, but women are most likely to conceive 2-3 days following ovulation. Learn more about contraception and family planning.

How long does an egg live after ovulation?

The egg lives only for 12-24 hours after ovulation. The body absorbs it after it dies in the fallopian tube, unless it is fertilised by a sperm.

What does it mean if I miss a period?

Sometimes you can skip a period for no reason at all, especially during the first few years of your period. You can track your cycle by counting the days from when your period starts, to when it next arrives. If you have a smart phone and internet access, you can track your period with the OKY app.

Other things that can affect the timing of your period are:

If a girl has had sex without using a pregnancy prevention method (contraception), a missed period is a sign that she may be pregnant.

Was this information about periods helpful?

© The Internet of Good Things